Achieve Studio Quality Speech and Video Recordings at Home. Improve Your Video Audio or Voice Recording With A Budget. 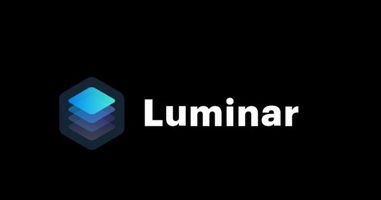 ☑ In this Video Lighting / Video Production Course,you'll learn how to have a 10 out of 10 recording setup without breaking your bank.

☑ In this Video Lighting / Video Production Course,you'll learn how to have the perfect lighting for professional videos.

☑ After you go through this Video Lighting / Video Production Course,you'll be able to have a universally professional background for under $50.

If you've ever thought about recording yourself or others on video (especially webcam), but just don't know where to begin OR are looking to perfect the process - THIS IS YOUR COURSE!

Even the most advanced video designers will learn a thing or two about creating a smoother look to their videos. Whether it's a universally professional background that costs less than $50, the recording equipment that make you sound like the 'perfect you', to the software it takes to bring it all together... I cover it all.

This course is meant to be a hand-holding experience, taking you step-by-step through setup of your screen/video recorder OBS, the positioning of your lighting, to the settings of your webcam, allowing you to get crystal-clear video without lagging.

Get ready to be able to create amazing videos, even if you've never done it before!

BEST PART? You can record your personal expertise on video, teaching people whatever you know (no matter how small) and sell the course. Most courses will take between 2-3 hours to make, and supplies a lifetime of earnings. Cool, huh?

PS: If you don't know how to create products like a guru, get my Udemy course: The A-to-Z Product Creation Hack: Blueprint to Guru Launches

Building a home recording studio is a HUGE project…isn’t it?

It takes months of planning, research, and preparation…doesn’t it?

Well most people think so, but the truth is…

Getting started is far easier than you might imagine.

Because REALLY… all you need is a few basic essentials.

Why Simple is Best

The fact is, not only is it possible to start off with just a simple studio…it’s actually preferable.

Because just like with any hobby, by attempting too much too soon:

And all the time and money you invest is wasted.

So to avoid this fate, just keep it simple. But you might be wondering…

How cheap is too cheap?

Since home recording can be expensive…musicians often search for the cheapest possible solutions to recording their music.

And that’s fine, except…there is such a thing as “too cheap“.

There are low limits to what can be accomplished in such a studio…and I really wouldn’t recommend it to anyone truly serious about recording their music.

Instead…here’s what I do recommend:

For more details, let's meet inside !

Tools I Personally Use for Recording

Creating a Professional Background for $50

Product Creation On The Fly (Screencasting)

Editing Your Video with Free Softwares

Editing Your Videos with Paid Softwares

Short course - worth £12 certainly - key sections on video, lighting and sound could have been much deeper and would have made a big impact.

Covers all the basics in a tight short course. Beneficial for those interested in the behind-the-scenes setup for getting setup quickly. This course does not cover applications (video editing, audio editing) or in-depth concepts (like mic pick-up patterns, sound frequency ranges, etc.). The course covers things like Audio hardware, video hardware, getting better sound, lighting, and recording audio/video to your computer. A great course for beginners starting their journey in audio/visual productions.

The course was good as far as it goes, but it should have been titled: "how to do quality webcasts on a budget." Feels hastily put together, the author's passion is clearly in sales.

pretty good list of tools,would like to have a mic option for not so silent recording situations,my place is very noisy :(

I wanted to set up studio for my business and the after spending hours in reading blogs and watching videos. Now I know how to do it. I feel like an expert now. Thank you very much Zach. Loved the course ^_^ .

it was awesome, and soon I'll set up my own studio perfectly as I got a lot of keys from the course. thanks a lot.

Great for beginners! I am a total newbie when it comes to recording videos and I find this to be very helpful.

Awesome course and direct to the point explanation,best course in explaining how to get started fast and cheaply. I love this course for its simple and practical approach. Do this with speed,you will earn fast. The course is presented in very engaging and fun way so you will get to enjoy and finish the course. Creating such simple and fun course will guide lots of beginner and professionals to maximize their profits and build more traffic using this methods by setting up early and properly you will get your audience to engage more and learn from you more. The course instructor also provided a bonus a material in the end to double and triple your sales based on his 7 figure business over the past decade which gives a tons of value in your business. Take this course now and start building your perfect studio setup now. Thank you so much :D

Crisp, clear, and detailed descriptions about the products were given by the speaker. Zach was very knowledgeable about the camera and even offered to keep us up to date with the most efficient equipment he’s using. I highly recommend checking out this course. Having the best equipment to record with is a MUST!

Zach is such a influencer. The way he puts the things are JUST Fab! No matter what zach's course of setting up the recording studio is to the ulitmate point where you can set up the things discussed without professional help.. MUST HAVE.. I totally recommend it.