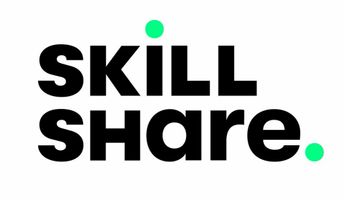 My name is David Titcher. After attending UCLA Film School, where I was part of the most successful screenwriting class in the history of the film business, I've been a professional screenwriter for thirty years.

I've written film screenplays for “Around the World in 80 Days,” with Jackie Chan and Arnold Schwarzenegger, and for “Morgan Stewart's Coming Home,” with Jon Cryer and Lynn Redgrave. I created the Librarian franchise with Noah Wyle and Bob Newhart that's led to three TV movies and which got me nominated for a Writers Guild of America Award and a Saturn Award and has since been turned into a TV Series, "The Librarians,” which was the highest rated TV Series premiere for all cable in 2014. I am a Writer, Executive Producer, and Co-Creator of FOX's new TV Series, "Houdini & Doyle." I wrote the miniseries “The Curse of King Tut's Tomb” featuring Malcolm McDowell and Hallmark's last Valentine Day's movie, “Be My Valentine” which starred Billy Baldwin. I wrote for sitcoms like “Who’s The Boss,” “Punky Brewster,” and “The Love Boat,” as well as for various Disney animated series. I’ve sold scripts and pitches in every possible genre and medium, including high-budget feature films, low budget films, TV sitcoms, TV dramas, TV movies, TV miniseries, and animation. I’ve worked for practically every studio and network.

I'm going to take you on a journey in writing to hopefully expand your process and your career. This course will take you through screenwriting from premise to outline to script and finally to the business and selling that script. It is perfect for any screenwriter, from those trying to breakout to those with a career trying to improve their work.

The course is broken down into the sections above and is primarily video lectures and PDFs. You will take it at your own pace and should be able to complete the roughly 2 hours of material within a week or two. The best way to take this course would be to work on a screenplay during it and completing each section as you advance.

Introduction to the Course

The Script - Preparing to Write

The Script - The Real First Draft

The Script - The Rewrite

Not knowing a damn thing about script writing... I mean nothing... this is a great start. Actually, I plan to print the PDF and highlight in yellow certain words and phrases that has inspired me and put into a binder. Thanks.

This is so fun!! Very enlightening. I have 4 script ideas. I am in the process of forming my fourth one so that I can make a movie about it. I've never thought about horror, but for the first time, I am thinking about it. I don't like horror movies but I love movies like Train to Busan and Us. I am really excited to get working and look forward to writing scripts now. I have always been a generalist. I want to do everything and be everything. I can relay that into my characters. Can't wait.

Most of the course is garbage. Useless info that would only help someone who’s never done a shred of screenwriting or learning about screenwriting. But the last few lectures did have some gems and useful info

So far, the information provided helps me think.........it actually helps me with the book I completed. As I was writing, I kept 'seeing it' in my mind. I kept thinking I want people to watch my story. I've just started this course, so I'm eager to hear more. I really enjoyed this course. The information is very basic, but I needed some 'very basic'. Thank you!

It's a good course for those who are just starting out but do not expect too much. This course is a straightforward styled information on how to write and pitch your script. It also includes real world knowledge for Screenwriters as well as the expertise of the instructor at world renowned UCLA film school.

I don't understand some of the points, and some parts talk about coming up with a new idea for a movie, but don't really help.

It is somewhat inspiring, but previous courses made it very clear that it isn't as simple to sell a script. Ideas are no problem as I've got a wandering mind. It is formating them for others to explore which is difficult. There are too many factors at play. Loved the exceptionally different ideas which will be helpful to write script.

Great information, presented in an easily digestible manner. My only complaint is the presenter reading from his 'speech' verbatim. It's rather bad form to announce a new topic title then keep plowing ahead like a nervous elementary student doing a class presentation.

It was a very good match. I liked the professor and I could understand him. Non-english "students" can understand this course and that's a big deal. Perfect movie?tv examples for understanting. Thank you.

An overview about screenwriting and character development. It also provides some relevant information about the distinction of writing for tv and film.

As someone who always wants to jump in to a project full force, it helps to simplify projects down to brainstorming sessions and one liners. This has helped me think about projects in smaller scopes. Don't get stuck in writing full projects- brainstorm LOTS of incomplete projects. Absolute great fit!

It was a decent/quick synopsis of screenwriting, but it doesn't seem like it's as indepth as it could be for a Screenwriting 101 class. I would've liked to been walked through some steps - or have been given some sheets on how to create an outline instead of just pdfs that are exact replicas of the lectures.

So far it seems enlightening, with my slight experience with acting, this course can help me round out my skills that are needed in the film/tv industry.

The instructor was reading from a screen. Surprising that this happening from a person who teaches the art of creating virtual events which is screenplay.