Get certified for Python in 2023! Prepare for your Python Certification Exam PCEP-30-02 with 6 Practice Tests

To be prepared to pass the Python certification Python Institute PCEP-30-02.

To become confident to get certified for Python in your first attempt.

To be able to demonstrate your understanding of Python to future employers.

Now is the time to get certified for Python!

to prepare for the PCEP-30-02 exams at the Python Institute.

Every question has an explanation and a Try-It-Yourself-Code

which you can run to better understand the topic.

(The download link will be in your welcome message.)

Python is easy to learn. The syntax is simple and the code is very readable. With Python, you can write programs in fewer lines of code than with most other programming languages. The popularity of Python is growing rapidly. It is now one of the most popular programming languages. Python has a wide variety of applications. It is used for automation, web application development, artificial intelligence, data science and so on:

Python can make life easier by automating many tasks, such as scraping a website to collect data, automating test cases in software development, or automating everyday office tasks. Python can easily access and read all kinds of files, which opens up the possibility of saving a lot of time by automating repetitive tasks.

Python is a good choice for rapid web application development. With many frameworks like Django, Pyramid, and Flask, you can develop web applications with great speed using Python. Python is used on the server side of web development. You can use Python to interact with database and create RESTful API services.

The near future will be the era of artificial intelligence. In the past, computers and machines were used to perform mathematical calculations at very high speeds, but now many large organizations and researchers are working to develop intelligent systems that can perform tasks like a human. To some extent, machines are able to understand human emotions and their natural language. They can mimic certain human actions that were not possible before. Again, Python is very popular for developing AI systems.

Earlier, Python was mainly used to build applications and write scripts to automate tasks, but now a brand new trend of data science has given Python an even bigger boost. Data scientists are heavily dependent on Python because it is so simple, has a large community, and can perform huge calculations with ease.

Python is being used in a wide variety of fields, and there are no signs that this trend is coming to a halt. It's safe to say that Python is here to stay for the long haul in this ever-changing and evolving IT industry.

Python Test Exam VI (with questions from all areas)

Joshua
December 23, 2022
Excellent questions. They are challenging, accurate, require you to know your stuff, and pay attention to the smallest detail. Perfect preparation for the PCEP and PCAP.
GRAMI
October 15, 2022
Good practice test !! I enjoyed the fact of trying it myself. Also, the explanations of the answers are very clear and precise. Thanks !!!
Rishab
August 23, 2022
After giving all the mock test, I am able to clear PCEP exam without any trouble. It helped me to practice more and more and level of questions are also up to the mark.
R
August 19, 2022
The practice exams were excellent and the breakdown of the answers was extremely helpful for any questions that were missed. I was able to pass the PCEP exam on the first try after taking the practice tests in this course.
Leonardo
August 5, 2022
Great course! It really helps a lot to learn more about python and also to prepare very well to the exam.
Shrivatsa
July 31, 2022
There are some error or typo in the questions, but it covers all the topics as mentioned and has good set of exam preparation material and questions with clear explanation. I felt good about this exam course.
Harish
June 30, 2022
It was fun while doing the basis python program and this course clear all my doubts and help me to not doing the silly mistakes. I passed the exam with V. Good score and thank you for this wonderful course.
Meenakshi
June 13, 2022
It was a very comprehensive course and has given me confidence to take the PEP exam. The explanation provided for each question was also extremely useful in clearing doubts.
Justin
April 5, 2022
Very good pcep preparation course. Many thanks to the author. With this course, I succeffully take my exam yesterday. Thank you thank you and thank you
Satya
March 13, 2022
Happy with question and answers and Very much happy with the EXPLANATION part, it is more than a person's live explanation
Hung-Yao
February 18, 2022
Got my PCEP! The prep materials offered definitely helped me review/refresh most concepted tested. Highly recommended!
Jules
February 8, 2022
By far the most comprehensive set of PCEP practice exams available. I really appreciate the number of tests and questions, and all the explanations. Worth every penny. Thank you!
Isabella
February 3, 2022
Thank you for the help! I just took the PCEP exam and passed it. Loved the explanations for the questions from this course.
Benjamin
January 26, 2022
Really great course. I worked through all the practice tests and then the PCEP exam was no problem at all. Many, many thanks!
Logan
January 23, 2022
This course is incredible. You can download the source codes from all the questions and run them in your own IDE. This makes a huge difference in understanding the topics. And the explanations given are great too. Thanks a lot for all the work! 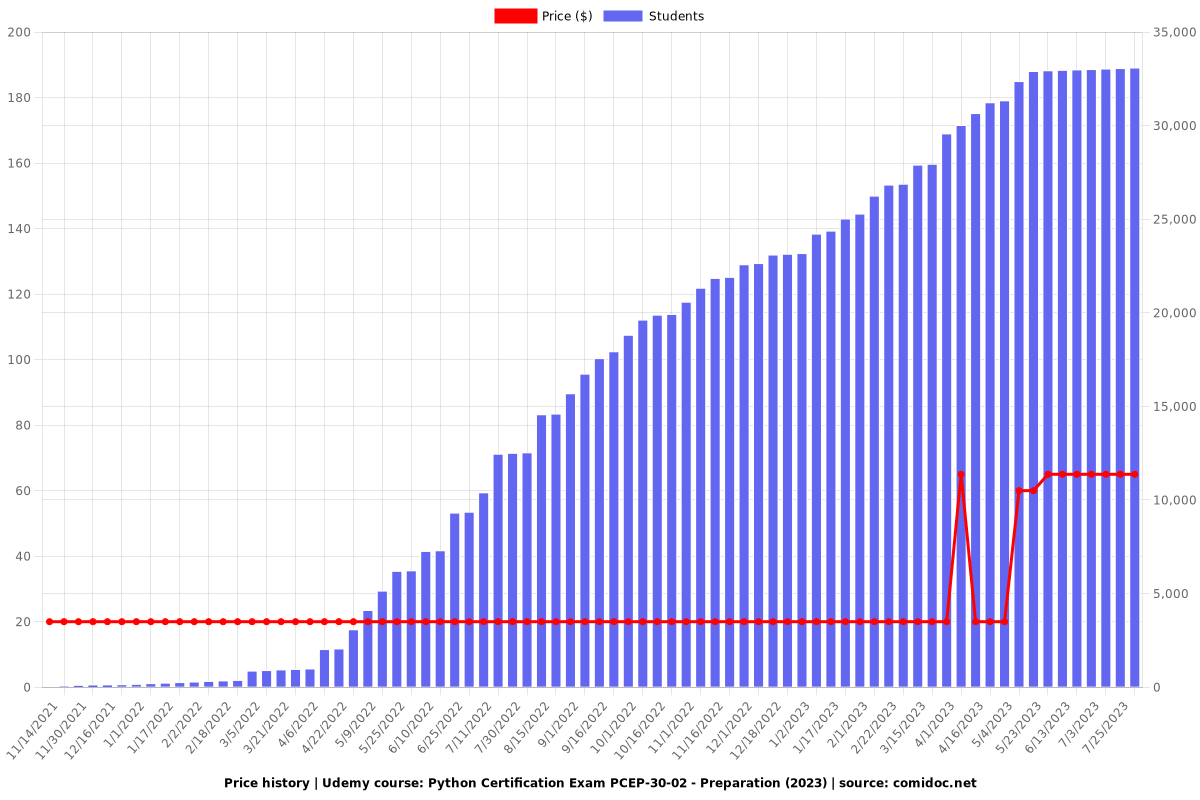 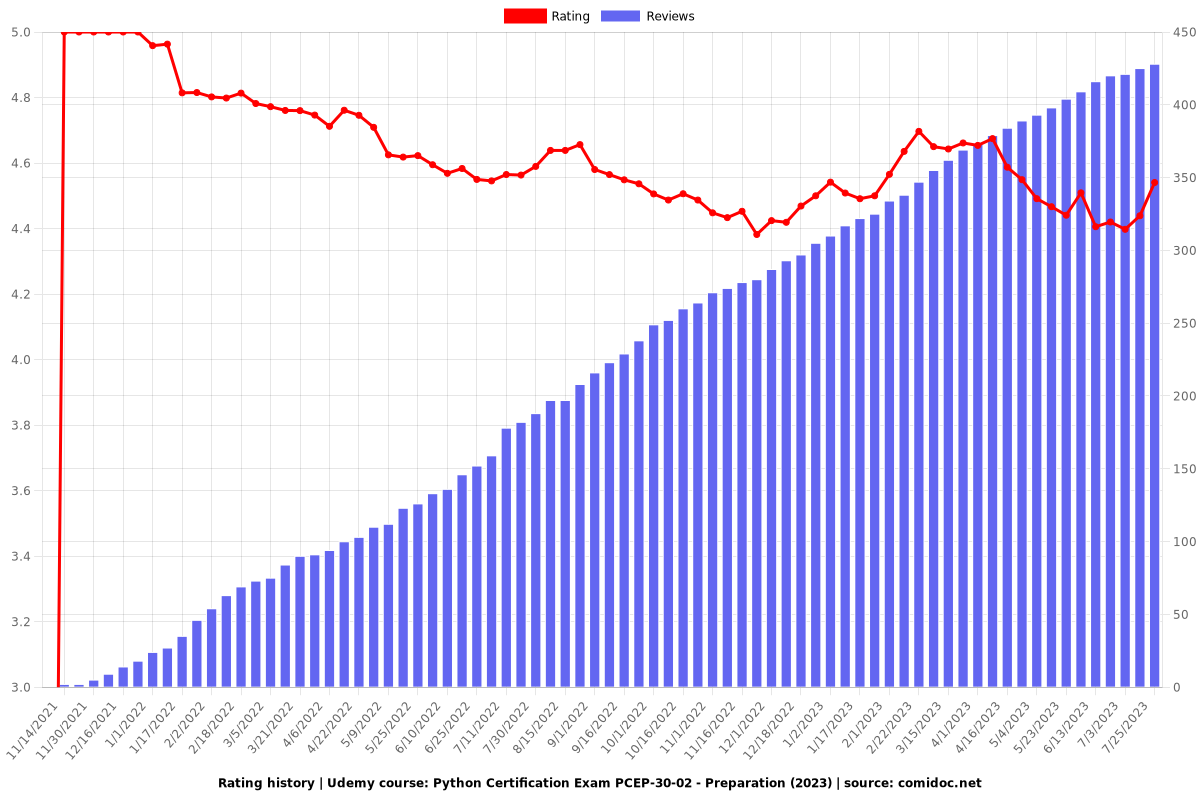 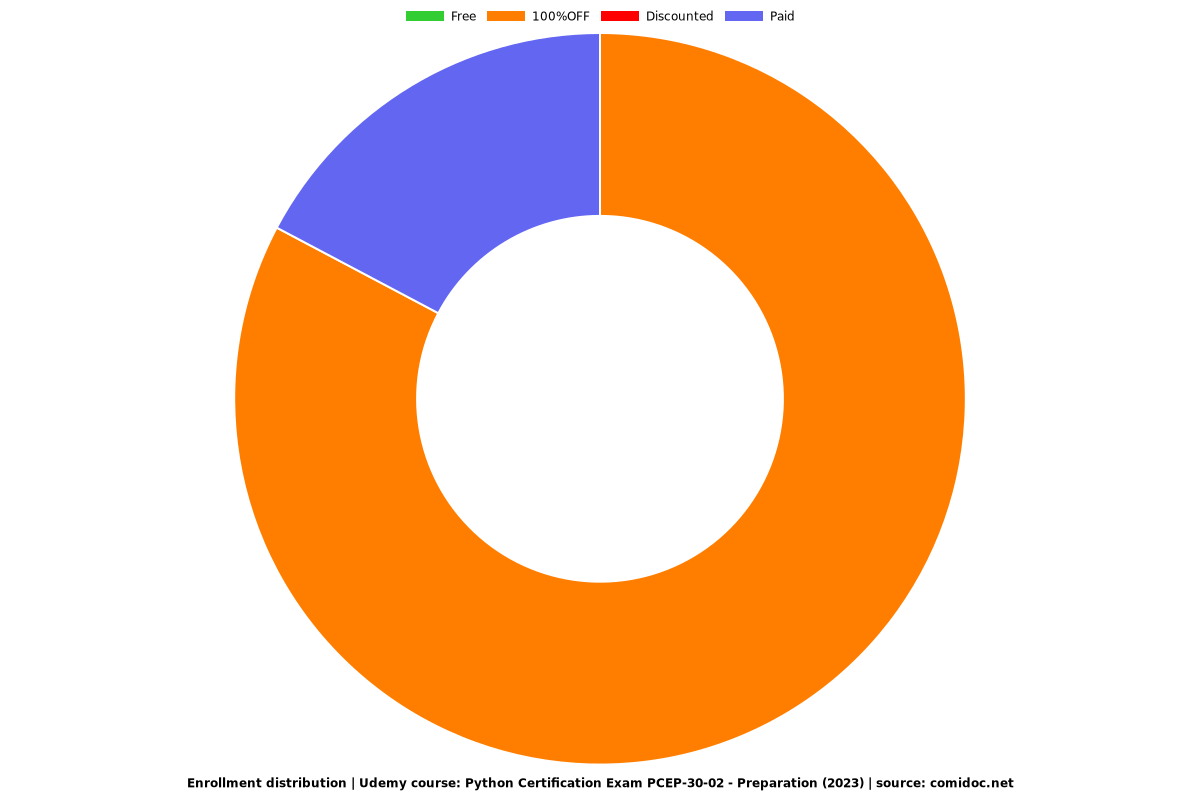