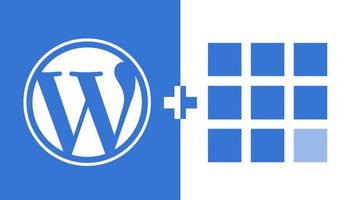 ☑ Learn how to use Nmap

☑ You will learn Nmap Discovery and Advanced Port Scanning Options

☑ With Nmap, you will learn to identify the operating system and running service versions of the target system

☑ You will learn options for bypassing firewall, IPS & IDS systems with Nmap

☑ What is TCP/IP model

☑ What is OSI model

☑ How to scan TCP or UDP services?

☑ How active servers are detected

☑ How to scan without getting caught in IPS & IDS systems

☑ How to interpret Nmap outputs

☑ How to scan with NSE script

☑ It is expert nmap course


Whether you want to get your first job in IT security, become a white hat hacker, or prepare to check the security of your own home network, Udemy offers practical and accessible ethical hacking courses to help keep your networks safe from cybercriminals.

Penetration testing skills make you a more marketable IT tech. Understanding how to exploit servers, networks, and applications means that you will also be able to better prevent malicious exploitation. From website and network hacking, to pen testing in Python and Metasploit, Udemy has a course for you.

During this ethical hacking course, I will teach you beautiful side of the hacking.

The Penetration Testing consists of 3 basic steps. These are target identification, gathering information about the target and attack.

Information about a target can be collected in two ways.

In this course, we will learn how to use, Nmap, an active information collection tool and in this case which is the second step.

On my complete Nmap course, you`ll discover the secrets of ethical hacking and network discovery, using Nmap. You’ll learn all the details of Nmap, which is the most known and de facto network scanning tool. After downloading and installing Nmap by hands-on lessons, you will be able to use it as an IP port scanner, open port tester and checking for devices' operating systems and other features.

No prior knowledge is needed!

Our complete Nmap course starts at beginner levels so you don’t need to have previous knowledge of network scanning, finding vulnerabilities in devices, using Nmap.

In this course I used free tools and platforms, so you don’t need to buy any tool or application.

In this course you will learn;

By registering the course you will have lifetime access the all resources, practice videos and will be able to ask questions about related topics whenever you want.

Why would you want to take this course?

My answer is simple: The quality of teaching.

See what my fellow students have to say:

"Very good experience, I always wanted such type of training which is filled with deep explanation and demo. I am interested in the security field and want to make my career in this domain, I really enjoy the learning." - Pragya Nidhi

“All applied and easy to grasp the content. Looking forward to getting next training of the lecturer." - Jim Dowson

"I liked this course! Lots of topics were covered. What I liked the most is the variety of tools used in this course. This way, someone who is willing to learn can pick up the tool that he is interested in and dive more into details. The most important thing is the experienced instructor who takes comments and reviews into consideration and gets back to you whenever there is room for improvement or new topics that might be interesting to you. I can summarise all in two words. I learned!" - Rami Zebian

This is the best tech-related course I've taken and I have taken quite a few. Having limited networking experience and absolutely no experience with hacking or ethical hacking, I've learned, practiced, and understood how to perform hacks in just a few days.

FAQ regarding Ethical Hacking on Udemy:

What is Ethical Hacking and what is it used for ?
Ethical hacking involves a hacker agreeing with an organization or individual who authorizes the hacker to levy cyber attacks on a system or network to expose potential vulnerabilities. An ethical hacker is also sometimes referred to as a white hat hacker. Many depend on ethical hackers to identify weaknesses in their networks, endpoints, devices, or applications. The hacker informs their client as to when they will be attacking the system, as well as the scope of the attack. An ethical hacker operates within the confines of their agreement with their client. They cannot work to discover vulnerabilities and then demand payment to fix them. This is what gray hat hackers do. Ethical hackers are also different from black hat hackers, who hack to harm others or benefit themselves without permission.

Is Ethical Hacking a good career?
Yes, ethical hacking is a good career because it is one of the best ways to test a network. An ethical hacker tries to locate vulnerabilities in the network by testing different hacking techniques on them. In many situations, a network seems impenetrable only because it hasn’t succumbed to an attack in years. However, this could be because black hat hackers are using the wrong kinds of methods. An ethical hacker can show a company how they may be vulnerable by levying a new type of attack that no one has ever tried before. When they successfully penetrate the system, the organization can then set up defenses to protect against this kind of penetration. This unique security opportunity makes the skills of an ethical hacker desirable for organizations that want to ensure their systems are well-defended against cybercriminals.

What skills do Ethical Hackers need to know?
In addition to proficiency in basic computer skills and use of the command line, ethical hackers must also develop technical skills related to programming, database management systems (DBMS), use of the Linux operating system (OS), cryptography, creation and management of web applications and computer networks like DHCP, NAT, and Subnetting. Becoming an ethical hacker involves learning at least one programming language and having a working knowledge of other common languages like Python, SQL, C++, and C. Ethical hackers must have strong problem-solving skills and the ability to think critically to come up with and test new solutions for securing systems. Ethical hackers should also understand how to use reverse engineering to uncover specifications and check a system for vulnerabilities by analyzing its code.

Why do hackers use Linux?
Many hackers use the Linux operating system (OS) because Linux is a free and open-source OS, meaning that anyone can modify it. It’s easy to access and customize all parts of Linux, which allows a hacker more control over manipulating the OS. Linux also features a well-integrated command-line interface, giving users a more precise level of control than many other systems offer. While Linux is considered more secure than many other systems, some hackers can modify existing Linux security distributions to use them as hacking software. Most ethical hackers prefer Linux because it's considered more secure than other operating systems and does not generally require the use of third-party antivirus software. Ethical hackers must be well-versed in Linux to identify loopholes and combat malicious hackers, as it’s one of the most popular systems for web servers.

Is Ethical Hacking Legal?
Yes, ethical hacking is legal because the hacker has full, expressed permission to test the vulnerabilities of a system. An ethical hacker operates within constraints stipulated by the person or organization for which they work, and this agreement makes for a legal arrangement. An ethical hacker is like someone who handles quality control for a car manufacturer. They may have to try to break certain components of the vehicle such as the windshield, suspension system, transmission, or engine to see where they are weak or how they can improve them. With ethical hacking, the hacker is trying to “break” the system to ascertain how it can be less vulnerable to cyberattacks. However, if an ethical hacker attacks an area of a network or computer without getting expressed permission from the owner, they could be considered a gray hat hacker, violating ethical hacking principles.

What is the Certified Ethical Hacker ( CEH ) Certification Exam?
The Certified Ethical Hacker (CEH) certification exam supports and tests the knowledge of auditors, security officers, site administrators, security professionals, and anyone else who wants to ensure a network is safe against cybercriminals. With the CEH credential, you can design and govern the minimum standards necessary for credentialing information that security professionals need to engage in ethical hacking. You can also make it known to the public if someone who has earned their CEH credentials has met or exceeded the minimum standards. You are also empowered to reinforce the usefulness and self-regulated nature of ethical hacking. The CEH exam doesn’t cater to specific security hardware or software vendors, such as Fortinet, Avira, Kaspersky, Cisco, or others, making it a vendor-neutral program.

What is the Certified Information Security Manager ( CISM ) exam?
Passing the Certified Information Security Manager (CISM) exam indicates that the credentialed individual is an expert in the governance of information security, developing security programs and managing them, as well as managing incidents and risk. For someone to be considered “certified,” they must have passed the exam within the last five years, as well as work full-time in a related career, such as information security and IT administration. The exam tests individuals’ knowledge regarding the risks facing different systems, how to develop programs to assess and mitigate these risks, and how to ensure an organization's information systems conform to internal and regulatory policies. The exam also assesses how a person can use tools to help an organization recover from a successful attack.

What are the different types of hackers?
The different types of hackers include white hat hackers who are ethical hackers and are authorized to hack systems, black hat hackers who are cybercriminals, and grey hat hackers, who fall in-between and may not damage your system but hack for personal gain. There are also red hat hackers who attack black hat hackers directly. Some call new hackers green hat hackers. These people aspire to be full-blown, respected hackers. State-sponsored hackers work for countries and hacktivists and use hacking to support or promote a philosophy. Sometimes a hacker can act as a whistleblower, hacking their own organization in order to expose hidden practices. There are also script kiddies and blue hat hackers. A script kiddie tries to impress their friends by launching scripts and download tools to take down websites and networks. When a script kiddie gets angry at...

It’s no secret how technology is advancing at a rapid rate. New tools are released every day, and it’s crucial to stay on top of the latest knowledge for being a better security specialist.

All our videos are created/produced as high-quality video and audio to provide you the best learning experience.

See you in the course!

IMPORTANT: This course is created for educational purposes and all the information learned should be used when the attacker is authorized.

What Is the OSI Model and How Does It Work?

What is Port? Nmap Port Scan